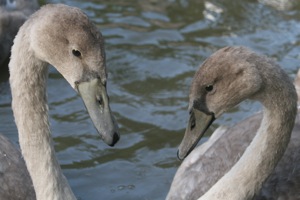 Siren Conservation Education is a UK registered charity (No. 1083256, November 2000) with offices in Oxford and Hereford. Our annual reports and accounts can be viewed on this Charity Commission page. We work independently and with many different individuals or organizations that have complimentary expertise and experience to bring our projects to life. The core team is advised by a voluntary panel of experts. 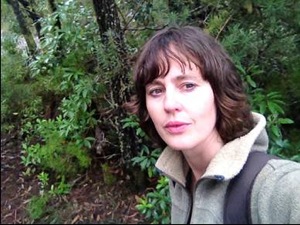 Sasha Norris worked with her mother, Lynn and sister, Katharine to found Siren in 2000.

Sasha’s own expertise is very much in line with Siren’s aims. She graduated from the University of Bristol with first class Honours and the Rose Bracher prize for Zoology in 1993, and went on to do a D.Phil at New College, Oxford, looking at what male birds are saying with their colourful feathers. In 1998, She took a lectureship at Pembroke College Oxford, teaching Ecology and Environmental Science.

As a freelance writer Sasha has worked for the Discovery Channel, BBC Wildlife, and The Guardian. At the end of 1999 she wrote her first article for the RSPB’s Birds magazine – an overview of the organisation – and then she wrote for each issue of the magazine until June 2003. In 2000 she co-edited ‘The Encyclopaedia of Mammals’ for Oxford University Press, which involved the work of 200 scientists. Sasha wrote “Superkids, 200 ways for kids to save the world” with Think Publishing in 2003.

Sasha also works on television presenting programmes about nature, countryside issues and conservation. Between 2000 and 2004 Sasha produced and presented a weekly thirty minute wildlife show, ‘Wild’ on Oxford’s Six TV, for which she was nominated ‘Best New Talent’ by the Royal Television Society. In 2006 she was one of the presenters of Channel Four’s ‘Wild Thing, I Love You’, nominated for a Panda Award at Wildscreen in Bristol, and in 2013, she worked with Chris Packham on the BBC series The Burrowers: Animals Underground. She is currently producing a series of programmes called ‘Wild Lives’, focusing on what impassions people to become involved in conservation.

Sasha has had a lifelong love affair with the natural world and if she could have one wish it would be for people to be as excited about conservation as they are about the World Cup.

Sasha co-led the Darwin Initiative Project working with wild dogs in Zimbabwe, and wrote the PACE project book ‘Africa Our Home’ for Siren. She steered the charity through the purchase of the reserve in Tarifa, Spain in 2002 and has worked voluntarily with local naturalists to promote conservation in this area. Sasha is the creative force behind Siren, generating ideas, formulating projects as well as with Nancy determining Siren’s long term vision. She is Chair of the Trustees and oversees Siren’s financial future, which has included purchasing and managing rental property in the UK.

Inspired by Sasha Norris’ book of the same name in prep, listen here to UK band Stornoway’s song Battery Humans – “We were born to be free range”. 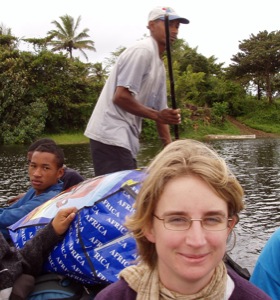 Nancy completed her degree in Natural Sciences from Cambridge University in 1998 and then undertook a Masters in Environmental Technology (Global Environmental Change and Policy) from Imperial College, London. This was followed by several years conservation field experience in Madagascar and a year in the countryside sector in the UK. She joined Siren in 2005 to research the PACE resource pack, collating and editing technical information sheets on 80 different environmental problem-solving techniques.

In 2006, Nancy took over the day to day running of Siren from Emily Shepard and continues in this role to the present with responsibility for project and operating budgets, financial management and reporting. Nancy researches and, with Sasha, designs and writes Siren’s educational materials. She also undertakes project evaluation and works on resource dissemination logistics and strategy. Through the PACE project, she has reached out to hundreds of organisations around Africa, making contacts, collaborations and friendships, and is always happy when she gets emails from farflung corners of the world. She has been active in getting new conservation education projects up and running with partner organisations in Uganda, Cameroon and Madagascar. 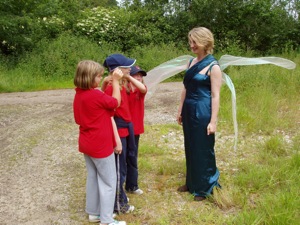 In 2010, Nancy gained a DfID Development Education grant for the Silent Forests project, working with a team of teachers to create a website, lesson plans and student activities introducing the complex challenges faced by people and wildlife in Africa’s Congo Basin to 12-18 year olds. She also co-wrote and produced the PACE Virtual Explorers for Science and Geography, using inspiring case studies of sustainable development in Africa as a teaching tool for UK secondary schools. She loves colour and design, and has created several beautiful Naturebook collages with children at forest schools, children’s centres and events in Oxfordshire.

A Trevelyan Scholar at Cambridge University and prizeman of the RICS, Robert Wickham has had over 30 years professional experience in planning and compensation including local government service and lecturing. He specialises in the presentation of cases in the role as advocate at planning and associated inquiries. His main interests include strategic analysis for medium and long term site identification purposes, ecclesiastical matters, housing policy, the politics and history of planning, comparative compensation and planning systems and the theory of land ownership. He is concerned about environmental and humanitarian matters, and the relationship between humans and nature, particularly in connection to Africa. Robert is a current Siren trustee.

Sean Morris is one of the founding directors and shareholders of Oxford Scientific Films. From modest beginings in 1967, the company quickly became established worldwide for its innovating approach to wildlife film-making, and for its pioneering work in photographic special effects. Along with his colleagues in OSF, Sean became a world-renowned specialist wildlife cameraman, director and producer. His credits include several award-winning classics; Deathtrap; Sexual Encounters of the Floral Kind; The Forbidden Fruit, The Ghosts of Ruby; The Eagle and The Snake; Sonora, A Violent Eden (A Special for National Geographic which won Sean an Emmy for Cinematography) and many more. Sean has travelled extensively, keeps bees, rowed for Oxford in the Boat Race, is a World Championship winning veteran oarsman, and now works as a freelance producer and consultant, having left OSF in April 03. Sean is a former trustee.

Charlie Mayhew is Chief Executive of Tusk, a dynamic organisation with 20 years of experience initiating and funding conservation and community development programmes across Africa. Since its formation in 1990 by Charles Mayhew MBE and Sir Timothy Ackroyd Bt., Tusk has earned a reputation for being non-bureaucratic and for maximising donor funds (on average 80% of net funds) reaching the field. The charity has supported more than 100 projects and invested over £16 million into the field. Siren works closely with Tusk on the Pan African Conservation Education project.

Penny Fraser lives in Cameroon and is the Director of UNAFAS Conservation Values Programme, working to promote, protect and restore Africa’s environment, and to develop interest in and positive attitudes and behaviours towards the natural environment. Penny’s programme has shared over >28,000 conservation-focused resources with more than 500 schools in Cameroon, and has worked on student leadership and school democracy programmes. Siren supports conservation education initiatives in Cameroon through an on-going partnership with UNAFAS CVP.

Francis responded to our last call for trustees with an inspiring letter that made us really want to meet him. He was born on a farm in Oxfordshire and is now a landscape designer and entrepreneur. An active trustee for several years, he resigned when he moved to Spain to start a family. He continues to be one of Siren’s chief angels, translating legal property deeds from Spanish and acting as an intermediary with a variety of Spanish organisations and individuals.