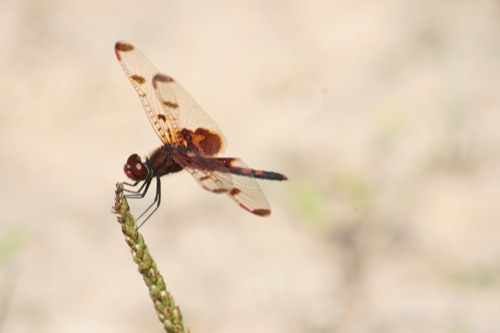 Siren was founded by the Norris family, funded by an endowment from the estate of Sasha’s father Dr Ken Norris. Ken grew up in Hereford where, before it became illegal, he expressed his love of nature by rambling across the countryside collecting bird’s eggs. He won the scholarship to the Hereford Cathedral School and went onto study Natural Sciences at Cambridge followed by a PhD, studying the structure of cancer cell walls, at Surrey University. 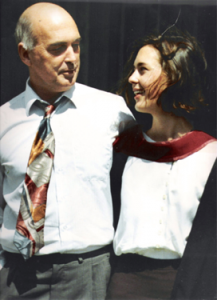 With his Doctorate completed, Ken went to work for Vickers’ Medical but when the company decided to relocate to the US in 1973, Ken took his research equipment and set up on his own in a garage in Basingstoke. Within six months he made a breakthrough. He became managing director of his own small company, producing a reagent to test carbon dioxide levels in blood. When Ken was 42, this company, Norris Biomedical, with two full-time employees, became the smallest company to ever win the Queen’s Award for Export.

No longer an egg collector, but a keen naturalist and bird watcher, Ken brought up his daughters to love and respect wildlife, taking them everyday on long walks across the countryside, through brambles and ditches searching for clouded yellows, natterjack toads or Dartford warblers. Ken went with Sasha to Ecuador and Zimbabwe, and travelled himself extensively including to Malaysia to see Orang Utans in Malaysia and Gorillas in Rwanda. Siren was founded with his legacy, financial, intellectual and emotional.

At the age of 45, Ken was diagnosed with manic depression. Seven years of severe mood swings followed, involving paralysing depression during which Ken gradually lost faith in his ability to recover. One of the things Ken regretted most about his illness was his inability to travel to see the wilderness he loved. He took his own life in 1996.

After his death, Ken’s daughters, Katharine and Sasha, and their mother Lynn, used a considerable part of their inheritance to fund the start up of Siren. Illness can have devastating effects on families, and mental illness particularly so. Siren’s aims and objectives with respect to conservation are wholly based on biological understanding. Siren’s origins however, belie another of its principles: to turn difficult situations to good and, like the carolling thrush in Thomas Hardy’s poem, to bring hope where none is apparent.

So little cause for carolings
Of such ecstatic sound
Was written on terrestrial things
Afar or nigh around,
That I could think there trembled through
His happy good-night air
Some blessed Hope, whereof he knew
And I was unaware